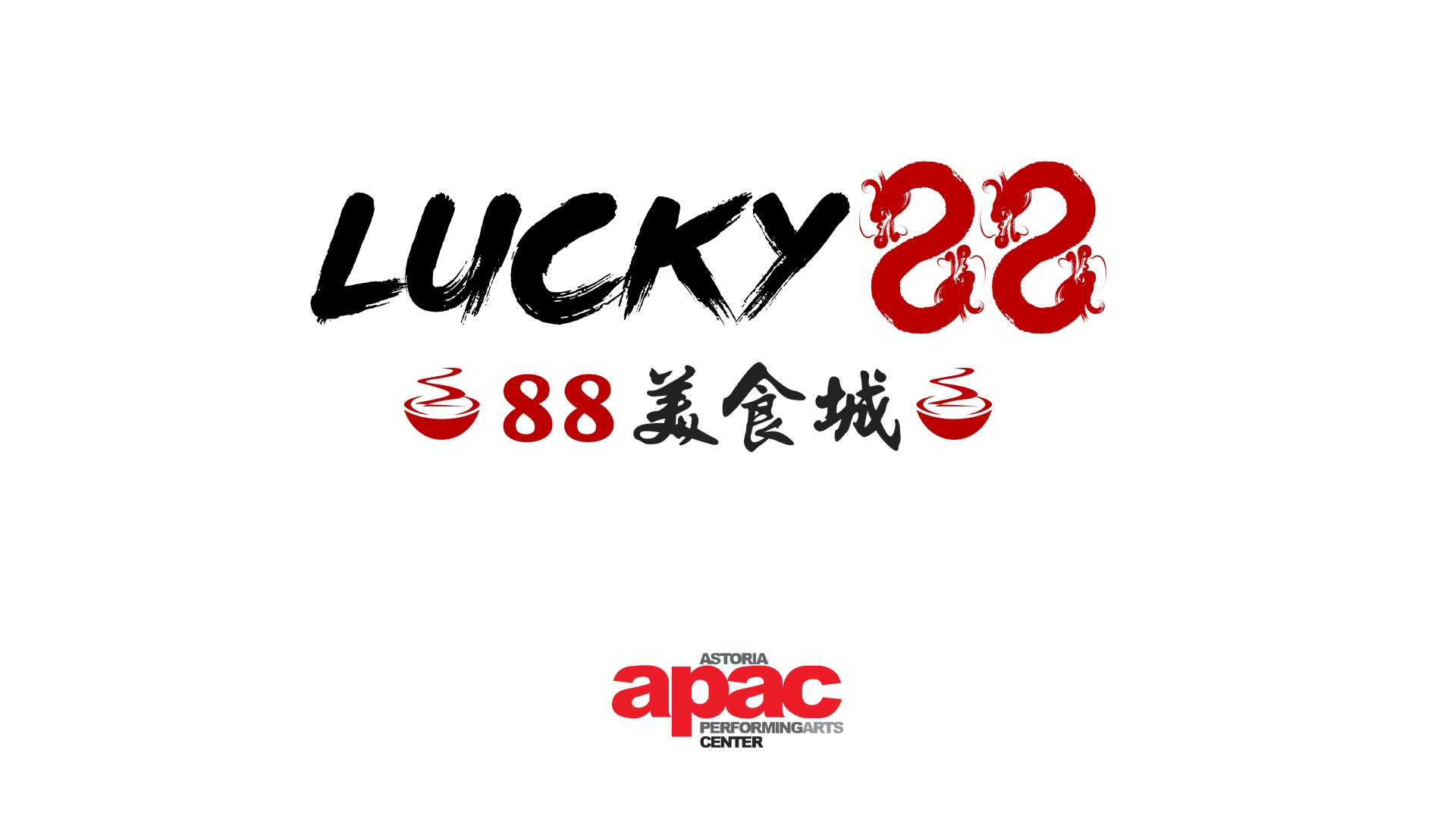 Lucky 88 is a bilingual musical set in a fictional food court in Flushing, Queens. The show takes place in 2019, over two weeks in January. The musical focuses on 3 food stalls and the people that work there: At the hand pulled noodle stall, 60 year old Shen Zha Wang is struggling to put his son, Brendan through law school. Unbeknownst to Shen Zha, Brendan has dropped out of law school and has enrolled in culinary school. At the dumpling stall, 50 year old widow Mei Ling Fu is navigating the later in life dating scene with disastrous and hilarious results. At the boba tea stall, 50 year old single mother Si Ling Xiu is hiding her cancer diagnosis from her daughter, Fan Fan. Things get more complicated for the three families when the owner of the food court decides to sell the building, leaving their livelihoods in jeopardy.